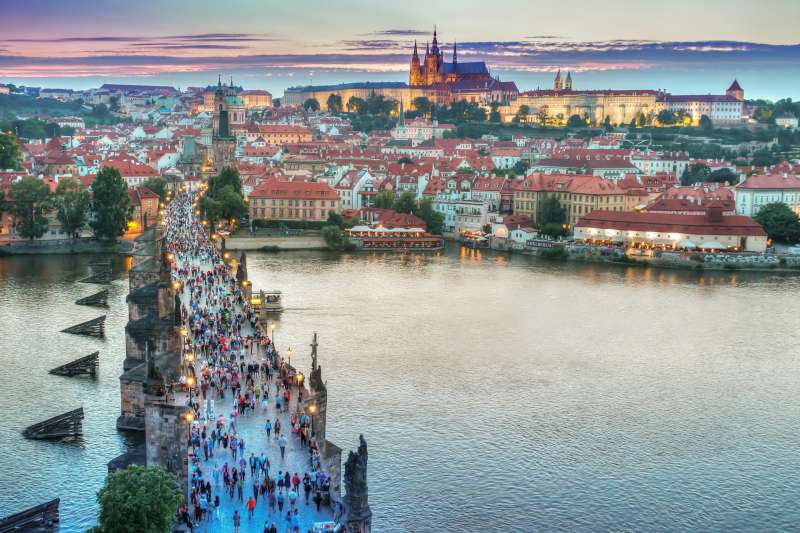 Prague is the capital and largest city in the Czech Republic.
Situated in the north-west of the country on the Vltava river, the city is home to about 1.3 million people, while its metropolitan area is estimated to have a population of 2.6 million.
The city has a temperate climate, with warm summers and chilly winters.
Prague has been a political, cultural and economic centre of central Europe complete with a rich history.
Founded during the Romanesque and flourishing by the Gothic, Renaissance and Baroque eras, Prague was the capital of the Kingdom of Bohemia and the main residence of several Holy Roman Emperors, most notably of Charles IV.
The city has more than ten major museums, along with numerous theatres, galleries, cinemas and other historical exhibits. An extensive modern public transportation system connects the city. Also, it is home to a wide range of public and private schools, including Charles University in Prague, the oldest university in Central Europe.